Since 1998, WIS has been a leading corporate service provider of international incorporations.

Economy: Tourism is the number one foreign exchange earner in this small economy, followed by exports of sugar, bananas, citrus, marine products, and crude oil.

A Belize Trust is an offshore entity that can be created for the purpose of wealth preservation, tax mitigation, asset protection, business operation, as well as for the creation of anonymity for its beneficiaries. In order to properly understand the true value that a Belize trust represents, it is important to first understand what a trust is in general.

What Is a Trust?

A trust is a fiduciary instrument that arose in common law countries. It can be used by an owner of assets, commonly referred to as the “settlor,” to transfer those assets to a third-party, commonly referred to as the “trustee.” In turn, the trustee is then bound legally to preserve and manage the assets placed under their guardianship on behalf of another party known as the “beneficiary.” Instructions for the management or disposal of the assets by the trustee are clearly stipulated by the settlor in a document commonly referred to as the “trust deed.” This way, the asset, even while under the control of the trustee, never becomes part of their estate. Full benefit of the assets in trust belongs to the beneficiaries, never the trustee. An added layer of assurance with regards to the management and disposal of the assets placed in trust can be obtained by adding another party known as the “protector” This party monitors the activities of the trustee to ensure that the interests of the beneficiaries are protected and in accordance with the wishes of the settlor. The role of protector can be bestowed on a party separate from the settlor or beneficiary, but it could also be assumed by either of those two parties.

While it may sound cumbersome or counter-intuitive to find any benefit in transferring ownership of something of value to another party when it is not part of a commercial transaction involving the sale or trade of the same asset, there are in fact many reasons why trusts are useful. Chief among these is the ability of a trust to segregate the ownership of an asset from the benefits that are derived from it. Likewise, a trust allows for the separation of the control, or rights of disposal, of the asset from the benefit derived from it. In essence, a trust allows for the benefits of an asset, such as income and earnings, to be separated from its ownership. Stated that way, the potential of trusts as wealth preservation and tax mitigation vehicles becomes clearer.

Placing the concept of a trust within the context of Belize adds even more to the merit and range of diversity in its possibilities. In order to appreciate in greater nuance that a Belize offshore trust can provide, it is important to take an analytical look at the country of Belize itself. Belize is located on the southern base of the Yucatan Peninsula in Central America. It is bordered by Mexico and Guatemala. A former British colony, the judicial and financial systems of Belize was greatly influenced by the British model. Its entire legal system is based on English Common Law. The political climate in Belize is very stable and the environment for foreign investment is very friendly. In fact, today Belize is considered to have one of the strongest and most adaptable trust laws for asset protection anywhere in the world.

Belize trust formation can be done on behalf of individuals, corporations, partnerships, other trusts and foundations. Likewise, these types of entities can also be the beneficiaries of a Belize trust. The particular structure that is used is one known as a Belize offshore trust. This not only provides for the legal and distinguishable separation of the ownership of an asset from its use, enjoyment and disposal, as is inherit in any trust, but it also provides the following added benefits.

A Belize offshore trust provides solid asset protection against claims resulting from litigation. This is made possible by the Belize Revised Trusts Act of 2000. In that legislation, the protection of assets held in a Belize trust against claims from a foreign court is codified. It solidly vests separately the ownership of an asset from all claims made on it. The legislation clearly states as a matter of law that no foreign court order or claim is recognizable in Belize due to the fact that their jurisdiction does not extend to entities in Belize. It further cites as specific examples within the law that any foreign claim brought about by the termination of marriage, succession rights (both testate and intestate), and those from creditors in cases of insolvency, are simply not recognized. This makes Belize the only jurisdiction where full asset protection from claims resulting from divorce, inheritance issues, fastidious creditors and bankruptcy proceedings can be had so thoroughly. Additional Belize legislation further shields the assets in a Belize trust from claims made utilizing a “reciprocal enforcement of judgements” legal strategy. Using the method of asset protection found in an offshore Belize trust, further protection can also be successfully extrapolated from claims on assets resulting from prior heirs, private creditors, malpractice claims, product liability and other civil court judgments.

The Belize trust can also be used to hold shares in an offshore company. This allows the settlor to avoid having to disclose ownership of such an asset in his or her country of residence. This can be used for privacy reasons or as part of a tax mitigation strategy. Either way, since the assets, once transferred to the offshore Belize trust, are no longer under the ownership of the settlor, it is a sound and legal method to accomplish such goals.

Estate Planning For All Needs

When used for estate planning, the Belize trust is free of any forced provisions regarding heirship. This means that even if within the settlor’s place of residence there are laws regarding forced heirship, by virtue of having all the assets in a Belize trust, the settlor is able to distribute his or her wealth the way they deem fit. This is possible because technically the assets no longer belong to the estate of the settlor, therefore they cannot be subject to any forced heirship provisions. The Belize trust in that capacity has a de facto function of a last will and testament for the settlor free of the detracting factors of a traditional will. There is no delay caused by having to wait for probate or other court delays following the death of the settlor or any beneficiary.

In the case of the passing of the settlor, the trustee simply follows that which the settlor had stipulated in the trust deed agreement in the event of death. These provisions can include precise instructions regarding how and when any assets held in the trust are distributed or liquidated. Likewise, they can also include instructions for an asset to continue in operation with the beneficiaries being issued regularly scheduled provisions from the earnings that are continuously being generated from the assets in trust. A practical example of this would be the continuous operation of a company for the benefit of the beneficiaries even after the death of the settlor, whom may have founded the company. The trust continues functioning in an uninterrupted fashion. In the event of the death of a beneficiary, the assets held in trust can be transferred to a new beneficiary without the payment of an inheritance tax.

Operationally and administratively, contingencies are set in place by the formation and administrative agent to ensure that the death of a trustee or protector do not interfere with the functioning of the trust. This is usually handled by naming single or multiple successor trustees and protectors starting at the moment of the Belize trust formation. That way, the continuity of a Belize trust is never affected by the passing of either a trustee or protector.

As far as privacy and compliance is concerned, the Belize offshore trust is neither legally required nor susceptible to being audited. Additionally, the beneficiaries and settlors of a Belize offshore trust are not required to be publicly disclosed. Likewise, the assets held in the trust are also not publicly disclosed. As a matter of fact, the entire document known as the trust deed that contains the names of the beneficiaries, the settlor, the list of assets and that stipulates the instructions for the management and disposition of the assets in the trust by the trustee are never filed publicly. The public registrar for offshore Belize trusts only records the name of the trustee, protector and any successor trustees and protectors selected at the moment of formation. There is no annual tax assessed on these types of trusts by Belize.

Procedure for the Formation of a Belize Offshore Trust

The procedure for the offshore Belize trust formation does not require the settlor or the beneficiaries to be present in Belize. The process can be handled entirely by W.I.S. There are, however, certain qualifying items that must be kept in mind. In order to form a Belize offshore trust the settlor and the beneficiaries must not be residents of Belize. Also, any land assets placed in the trust cannot be located in Belize.

W.I.S. will usually offer the service of trust agent for the newly formed entity. The trust agent fulfills the role of trustee. A protector is not a formal requirement for a Belize offshore trust, but if one is desired by the settlor, W.I.S. can also assist in procuring one. The only names that appear in the public registrar are those of the trustee and the protector, never those of the settlor or the beneficiaries.

W.I.S. will also provide advice and assistance in the preparation of the trust deed. This is the major document that transmits the instructions and wishes of the settlor for the way that the trustee is to manage the assets held in the trust. This also names who the beneficiaries are to be and lists the assets that are to be held by the trust. This document is never filed in any public registrar, it is entirely confidential. Only the trustee or trust agent retains a copy and they are bound by confidentiality. Once formed a Belize offshore trust has a maximum duration lasting 120 years.

The versatility and strength of a Belize offshore trust in terms of asset protection, estate planning and tax mitigation position it as one of the best vehicles in one the most stable jurisdictions. The ease of forming a Belize trust especially when using the services of W.I.S. makes it a wise choice for individuals and companies seeking all of the benefits previously described along with a high degree of privacy and confidentiality. 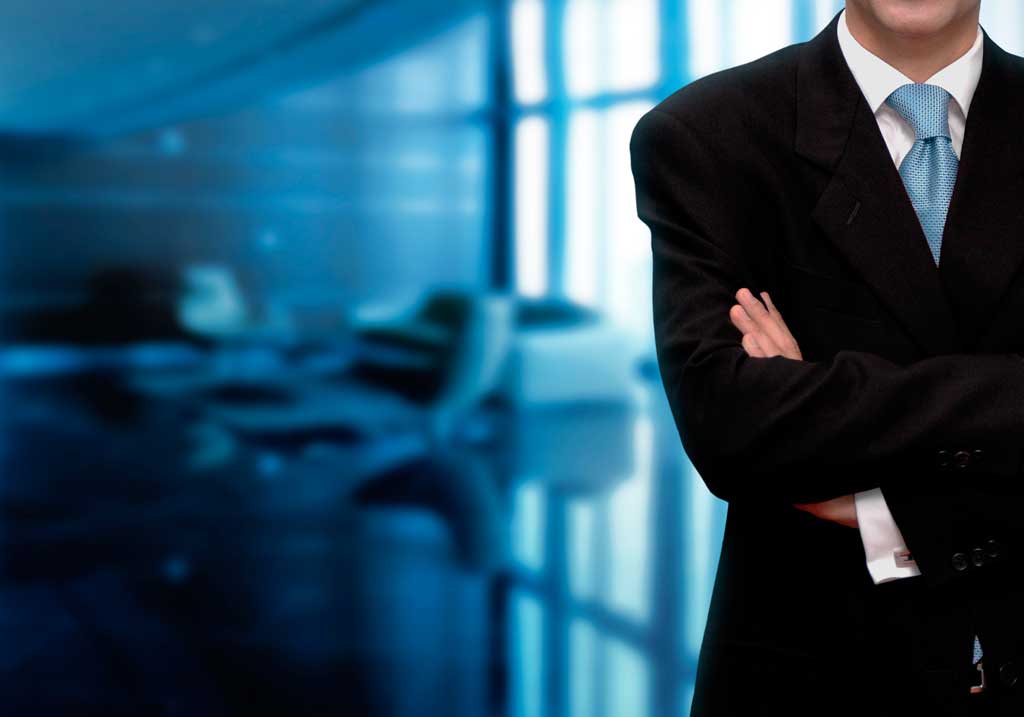 The fastest way to go business!

Latin America and the Caribbean

Submit an enquiry or request a confidential callback or chat with us.